OS Explorer map 333, Kilmarnock & Irvine: Stewarton & Beith – I own this map, but had not visited it before starting this blog. Visited for this post 18th July 2018. (This is the ninth of fourteen posts concerning my July 2018 trip to Harris and Galloway with my Cambridge friends.)

Two days after our visit to the Butt of Lewis, it was time for our stay in the Harris cottage to come to an end, and Queenie, Millicent, Vesper, Erithacus, Cheremy and I got up at the ridiculous hour of 5am in order to catch the early morning ferry to Skye.

The ferry journey was pleasant enough, as we’d turned up early enough to be nearly first on, meaning that we were at the front of the dinner queue and got a six-seater table to be all together at. CalMac Ferries always do a very satisfying breakfast, and today’s was no exception, being filling enough to, in combination with the early hour, put me and Erithacus soundly to sleep on the table and thus afford the others a chance for an amusing photo.

We’d be travelling all the way to Galloway that day, which meant seven hours of driving after our hour-and-forty-minute ferry arrived at 9am. At this point I am going to turn to the Annal, the collaborative diary that we were keeping on this trip, for continued narration:

Our journey through Skye passed without great incident to the accompaniment of [Cheremy]’s “guilty pleasures” playlist of music from the 90s and 00s, but incident enough for all occurred at the Skye Bridge, where we were pulled aside by police to allow for the passage of a wide load which turned out to be two huge wind turbine blades on lorries. Continuing to Kyle of Lochalsh for a petrol stop and then a wee stop, we saw the ship from which even more blades were being offloaded, and then waited behind another one as it was turning a corner.

The turbine blade ship at Kyle of Lochalsh

Watching those blades go by really was tremendously exciting; one doesn’t realise quite how huge they are seeing them only from a distance.

From Kyle, we continued southwards and stopped to buy lunch in the Morrisons in Fort William – indeed the same one where Millicent, Vesper and I had stopped two years before on the way back from the Holy Island Trek. We didn’t eat our lunch there, though, and instead continued driving for another hour or so, the “guilty pleasures” having given way to Cheremy’s attempt to introduce us to the radio programme I’m Sorry, I Haven’t A Clue.

We stopped for lunch in the spectacular surroundings of Glen Coe, and gazed at the mountains and passing cars on the A82 as we ate our Morrisons-procured sandwiches and Mr Kipling pies. Vesper, alas, did not eat the pies, thinking that they were not vegan, but in fact the apple and blackcurrant pies are.

It was another two hours into the journey, once we’d driven along Loch Lomond, passed Glasgow and started down the M77 towards Ayr that we took entered this map area and stopped for a rest-break, it now being about 5:30pm, with another hour and a half or so of driving to go. We got off the motorway and parked up in the village of Fenwick, gratefully getting out of the car and unbending our knees on the short walk to the village pub, the King’s Arms, where a round of lemonade was consumed as we rested our travel-weary minds.

Twenty-five minutes or so later, fuller of lemonade and emptier of whatever we left behind in the toilets, we departed southwards once more. Fenwick seemed fairly pleasant from the little I saw of it; I am sorry not to have done more in the area before we left, but alas, the journey called. 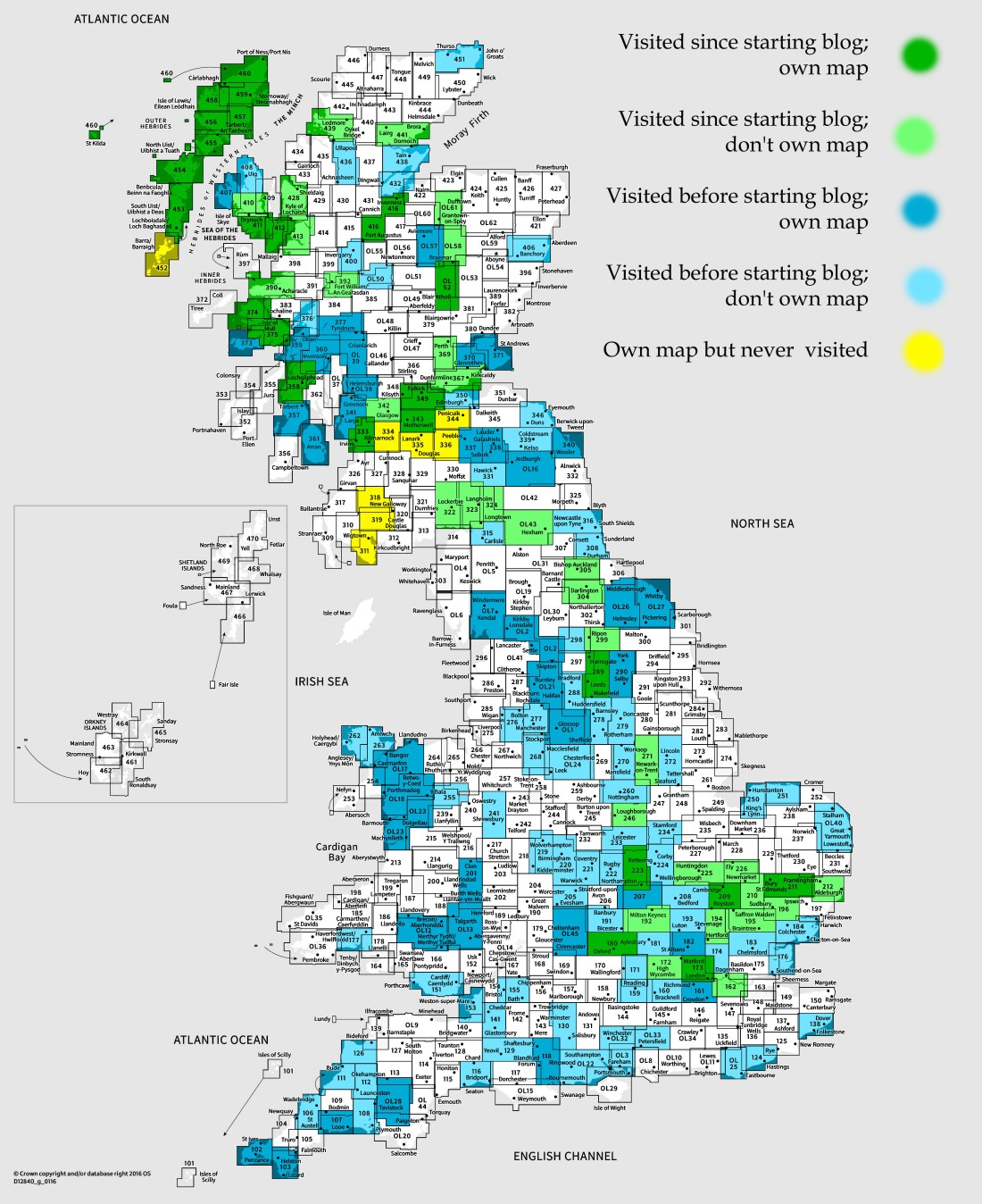