OS Explorer map 457, South East Lewis: Loch Eireasort & Shiant Islands – I own this map, and had visited it before starting this blog. (But actually hadn’t, see below.) Visited again (but not really again) for this post 27th March 2018.

So yes, I’ve just been to Scotland with the Dearest Progenitors, on one of our fairly frequent trips to our little cottage on the Isle of Harris. (See my South Harris post). We arrived on the evening of Sunday 25th March, as described in my last post, and were to stay on Harris for four nights, to leave and make our gradual way home over the next five days, staying in various interesting places on the way. Monday was spent in various pursuits on Harris, (an area which I’ve obviously already posted about on a previous visit so won’t do again) including me dragging Father Dearest into the rocky land behind our cottage for a bit of a walk.

On the Tuesday, however, we decided to make a trip up to Lewis as we needed to buy some things in Stornoway, and we thought we might as well makeuse of going up there to go somewhere on Lewis we never had before – namely take the B8060 road to the south-east of the island. It is signposted as “South Lochs” from the A859 main road from  Stornoway down to Harris, and we had passed it many times before without looking down there.

We planned to leave the cottage by midday and have a look down that road on the up to Stornoway, where we’d have lunch and do our shopping. However, due to various shenanigans with phonecalls being kept on hold, we ended up leaving rather later and thus were getting hungry on our drive. Nevertheless, we did turn down that road after considering leaving it for the way back, after we saw the sign to the Loch Erisort Inn which theoretically did food. So, down we went, but, alas, the Inn was closed.

Continuing on, we came to the Ravenspoint Visitor Centre, which promised a café, however while the visitor centre and its little museum were open, the café was closed. 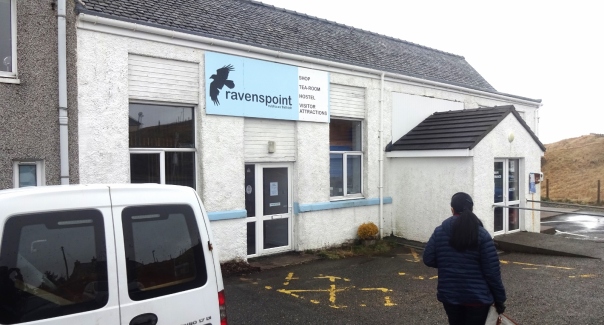 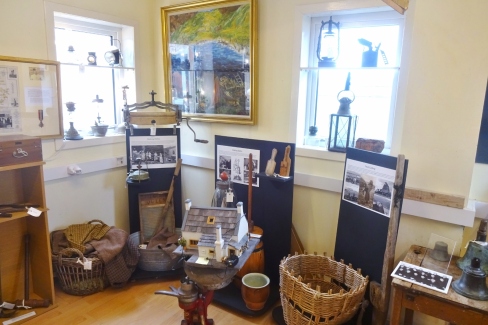 Nevertheless, we had a quick look in their little museum. It was indeed fairly interesting, having various items related to local history and life. We learnt that in an isolated area nearby, there is still visible various parts of a WWII aeroplane that crashed there.

From there, hunger pounding at us, we decided to turn around and head for Stornoway, where a certain meal could await us, leaving exploring the rest of this area for another trip.

Now, I have had this area coloured in on my map as already visited, but now that I think about it and actually look at the map, I realise that this was a mistake. I think when shading the map I just assumed that I had visited all of Lewis, since I have indeed been to a lot of it. However, while I have passed through this map area on the little bit of the A859 that is in the map, as it goes through Balallan and Laxay, I have never actually stopped here. Whoops.

I noticed when looking at the map that in this area of Lewis there is a huge region of roadless pathless wilderness between Lochs Sealg and Seaforth.

One could be ten or twelve miles from the nearest road without much difficulty at all there. I would, I think, very much like to walk into that area sometime, perhaps even camp and come back the next day. Some future time on Lewis, I think! 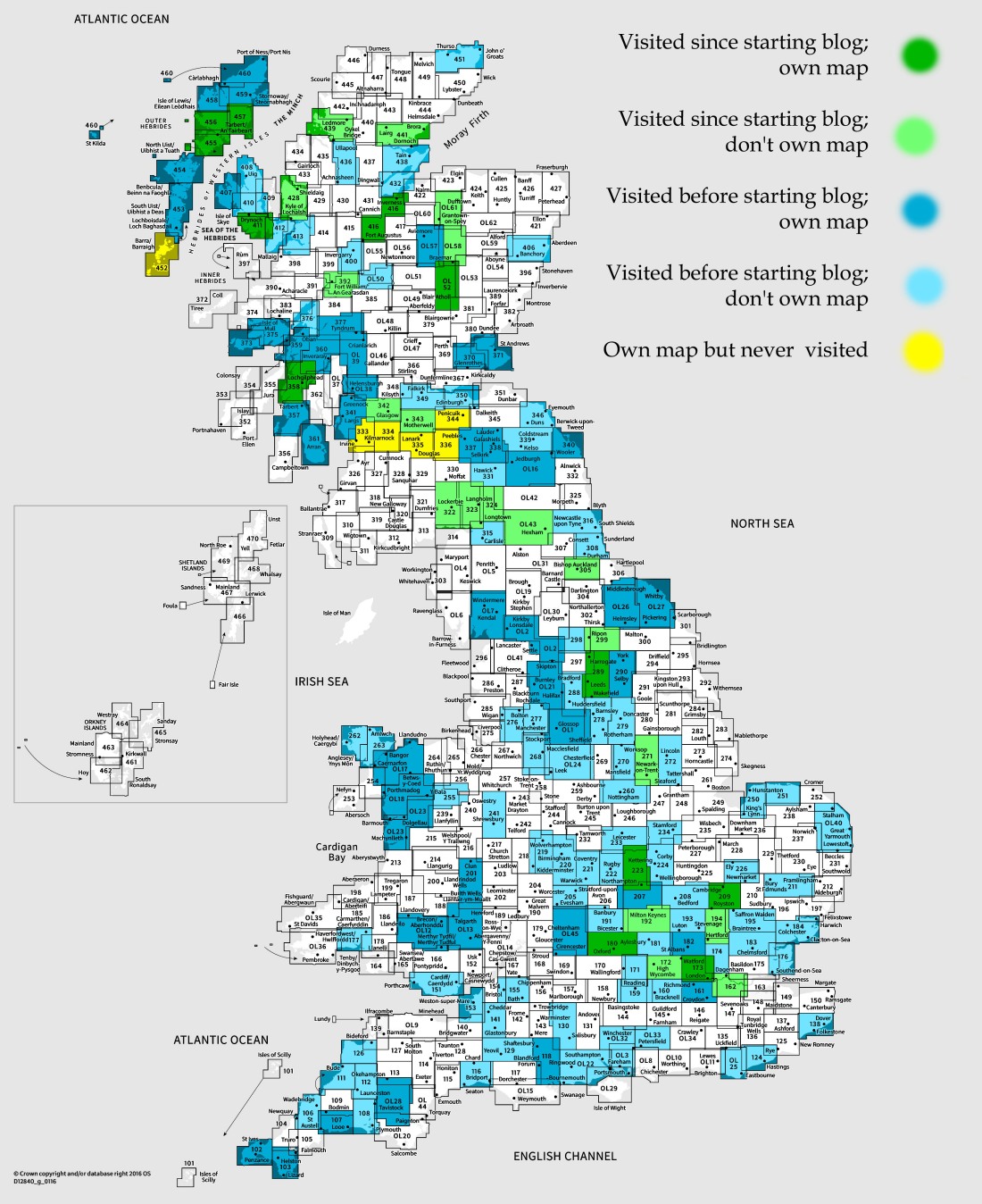