OS Explorer map OL7, The English Lakes South-eastern area: Windermere, Kendal & Silverdale – I own this map, and have visited it before starting this blog. Visited again for this post 22nd July 2018. (This is the last of fourteen posts concerning my July 2018 trip to Harris and Galloway with my Cambridge friends.)

So I visited this map area on the way back home from Scotland, after a lovely two and a half weeks up there with my Cambridge friends. Erithacus had already jetted off to Italy to meet her family there the day before, and after dropping off Cheremy in Carlisle with his grandmother, Vesper, Millicent, Queenie and I continued driving southwards on the M6 for another hour or so before we stopped in this map area.

The reason we were stopping here was to drop off Vesper at the house of an aunt and uncle in the Penrith area (in the south-eastern corner of this map area). This was an exciting moment for us however, because we’d heard a lot about this place. Vesper’s family go there quite often, and stay in a wooden cabin in the woods near the main house – this Cabin in the Woods and the farm it’s on had become known to us from Vesper’s tales, so we were excited to see it!

We arrived and were met by Vesper’s cousin, he being the only one in at the time despite the fact that her mother’s whole choir were staying there (they were out). After using their toilets and forcing various pieces of vegan food on Vesper so that we wouldn’t have to take it home, we were led by her and the aforementioned cousin on an enjoyable little walk up and down the hill, to see the Cabin, the woods, the pleasant views and the cows.

And that’s it! Soon afterwards, Queenie, Millicent and I got back in the car, and a scant few hours later we were back at my home in Northamptonshire. The two of them stayed the night, and I dropped them at the train station the next day to make their way further southwards to their respective homes. The trip was done!

I’ve been to this map area – and, in fact, the whole Lake District – only once before, in August 2011, when I went up on holiday for a few days with my parents and my school friend Joystick. We stayed in a cottage in the Windermere area – unfortunately, I don’t know where exactly it was any more precisely, but I’m pretty confident it was in this map area.

One thing that we did – one of the few things I remember specifically and something of which I have photos – was that we hired a boat on Lake Windermere for a little while. 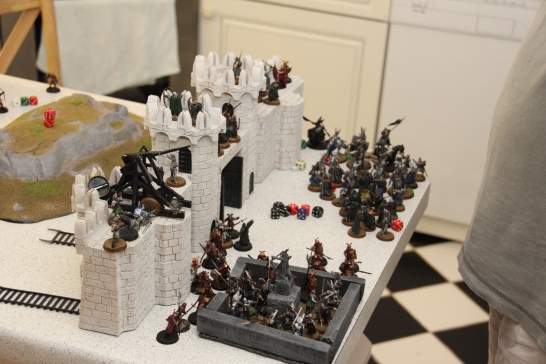 Joystick and I also played some games of the Middle-Earth Strategy Battle Game, on one of the kitchen countertops.

That game – one of the ranges produced by Games Workshop along with their Warhammer games, with 28mm plastic, metal, and more recently resin miniatures which one assembles, paints, and then plays with – was a very prominent feature of my schooldays. My friends Joystick, Cabbage, Climbing Programmer, Geochunderer and I (plus a couple of others in the early days) used to play it regularly at each others’ houses, we’d talk about it all the time, and I must have spent a very large number of hundreds of pounds on it over the years. We’ve still not stopped, and I still have all of my 500+ figures, and a room in the cellar of my parents’ house set up with all the scenery – but since we now live scattered around the country, we’re lucky to play twice a year, and I very rarely paint anything anymore.

Admittedly, I never loved the game itself that much, I’m not much one for a lot of games of most kinds – I don’t like playing cards, I don’t find it very fun playing most computer games, or indeed a lot of board games. The games I like the most are more a good excuse to have a pleasant time with your friends than actually about the strategy or winning – I’m just not competitive and never have the slightest interest in winning. But the Lord of the Rings game, even though I was never that invested in the gameplay, was important, and is important, just because it’s one of the central things that my school friendship group did, and does.

To get back to what I’m meant to be writing about, oddly, one of the few things that I recall doing on the Windermere holiday is that, when Joystick and I were cooking, I managed to melt a plastic spoon by leaving it inappropriately in a hot pan. What we were cooking, though, I will probably never know. We also ordered a Chinese takeaway one day, which I recall not being all that pleasant. I also know two dishes that we had, thanks to my text message archive: Mama wants vegetable noole [sic] soup number 39 and I want lettuce wrapped pork number 32, I sent to my dad on the 20th August 2011.

Joystick and I looking unattractive

I probably shouldn’t leave it with just that for a whole holiday, but that really is most of what I can remember, so here are a few disconnected photos. 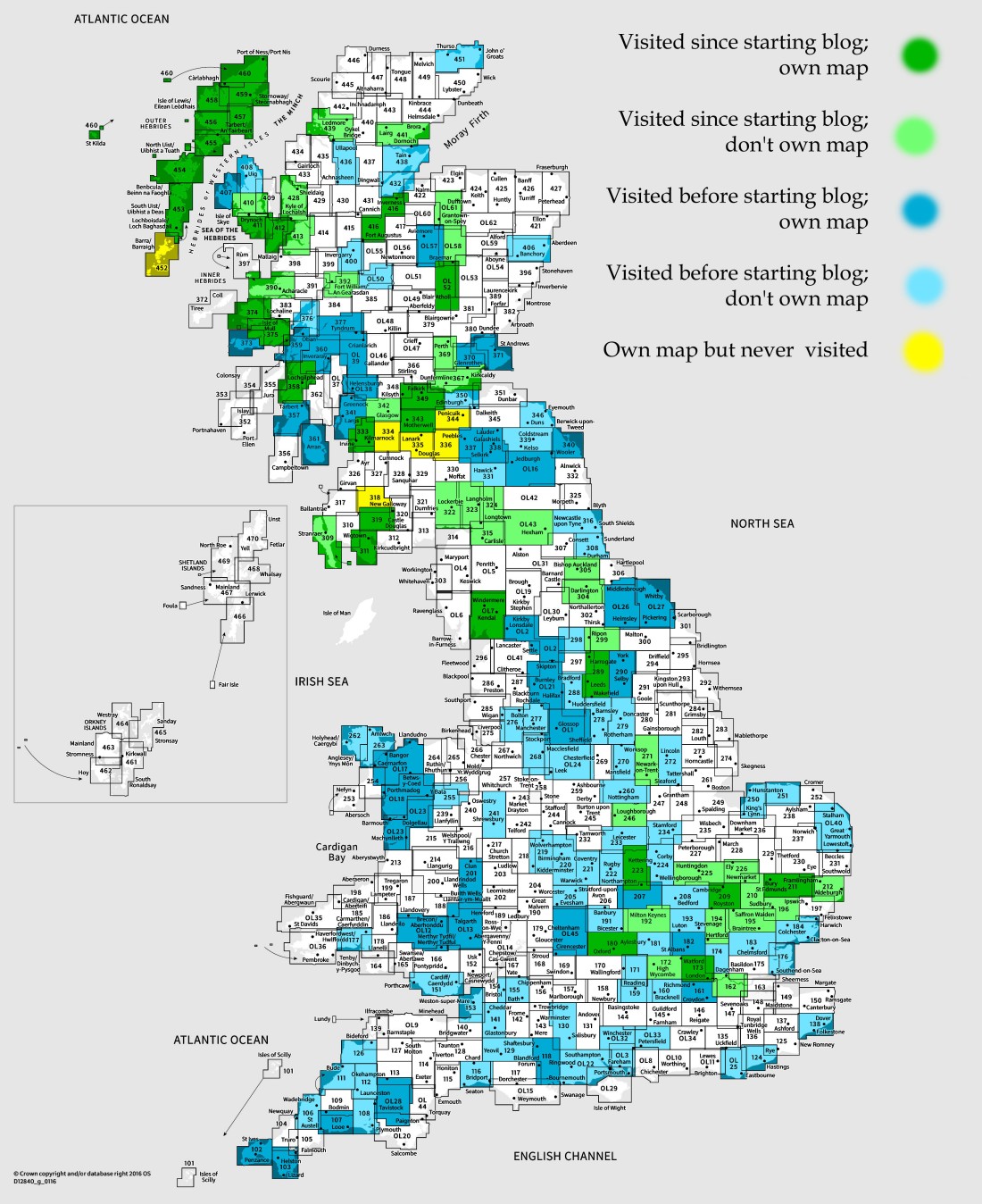 It's quite snowy up here! For some reason having snow in my beard and moustache makes me feel like Gandalf.
This lion has a moss hat!
A woolly traffic inspector!
I try to impersonate a greetings card
Naturally when I saw a place called "Goat Prison" on my map I had to go to have a look! It (third photo) turned out to be a a place where a little river canyon widened out into a big sort of craggy hole in the ground – which I indeed imagine a goat might find it somewhat harder to get out of than otherwise. (But then, goats are great at climbing, so I expect they'd probably manage it.) Unfortunately it was very full of trees so, while very dramatic to look at in person, is quite hard to appreciate in a photo. However, the surrounding hills come across quite nicely!
A fine piece of work from traditional binmakers, Dogit and Binly (est.1536)