OS Explorer map 226, Ely & Newmarket: Mildenhall & Soham – I do not own this map, but have visited it before starting this blog. Visited for this post 25th June 2018.

With this post, I’m doing something I’ve never done before. I’m skipping a map.

On this day, 25th June, I visited two maps that I’ve not posted about yet: this one, #226, but also #225. Let me explain. Cambridge, where I live, is in map #209 (which was my very first map post), but despite the map being entitled Cambridge, Cambridge itself is at the very northern edge of the map. Now, I’ve just finished my master’s degree, and next year am going to be a proper adult looking for work, so it’s bye-bye university accommodation. Therefore my friends Vesper and Erithacus, who’ve also just graduated, are looking to share a house in Cambridge next year as we all look for jobs.

On this Monday, we had a house viewing. However, it wasn’t quite in Cambridge itself, but in an outlying village, Histon, which is actually not in the Cambridge map, but in map 225.

In the end we really liked the house, and ended up taking it, so that is where I will be living for a year, starting from this August. Now, I didn’t take any pictures, I’ve never been to that map area before, and all we did there was look at one house, so I didn’t think it would make for a very interesting post. Therefore what I’ve decided to do is postpone posting about map 225 until after I’ve been living in it for a while.

So, map 226. After we came back from the house viewing, the three of us sat in my room for a while thinking about our options (this wasn’t the first viewing we’d been to), and decided we’d like to take it. I therefore, after dropping the two of them at the train station – Erithacus had a friend to meet and Vesper wanted to do some shopping – drove to Milton, in this map area, to go to the estate agent’s office and give them the forms that would get us the house. First, though, I stopped by the side of the road and finished filling in the forms (with the air conditioning pointing in my face; it was very hot), and then stopped in central Milton to buy a sandwich for lunch from the village shop. I went to the estate agent, did the things, and was soon off home.

Now, that wasn’t particularly an exciting day of adventures to recount either, so you might wonder why I bothered with this post too. Well, friends, this map doesn’t just contain Milton, but also Ely – which is both a very interesting place and one I’ve been to twice before!

The first time I went to Ely was in summer 2016, at the end of my first year as a student in Cambridge. Millicent, Erithacus, Vesper, Queenie, Cheremy and I went on the train, a few days after our exams.

The most notable thing about Ely, of course, is its wonderful cathedral!

There are a great many interesting, impressive and beautiful things about the place. I’ve probably been to ten or so UK cathedrals, and it may well be my favourite. Particularly notable to us medievalists, however, was one tomb in one little corner chapel. This commemorates six figures who were buried at Ely in the Anglo-Saxon period, most notably Wulfstan – Archbishop of York 1002–23, familiar to many students of Old English for his, er, rhetorically vivid sermons – and Byrhtnoth, the Ealdorman of Essex who died in 991 fighting Viking armies at the Battle of Maldon, commemorated for ever in the poem of the same name. The current cathedral dates from the late 11th century, but there was an ecclesiastical centre at Ely from the 7th, founded by Æthelthryth/Etheldreda, who became one of the most popular Anglo-Saxon saints.

On that occasion, we didn’t only look around the cathedral floor, but got onto one of their tower tours. The cathedral has two towers, one at the west end, and one in the middle, at the crossing. This tower is especially notable for being octagonal, and is just generally extremely unusual and notable a structure. It was wonderful! They took us up various windy staircases and onto the roof and into the tower. It’s not every day that you get to see huge 700-year-old wooden beams still happily doing their job.

What was most amazing, though, was when they opened some of the painted anels, letting us look down into the cathedral itself. 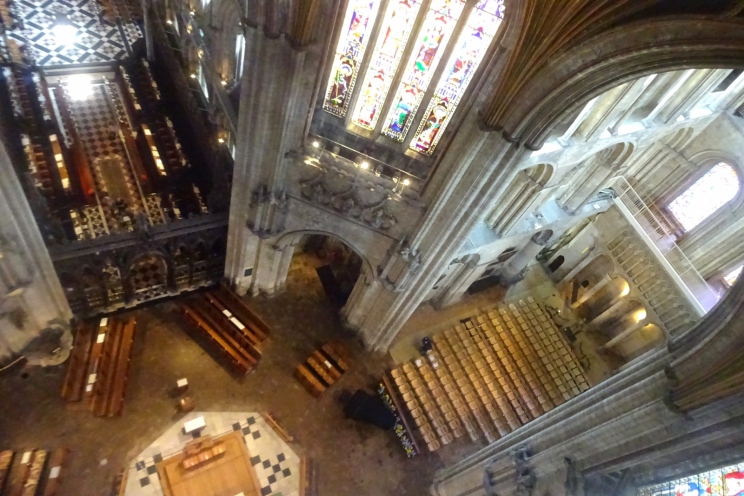 Looking down into Ely Cathedral from the octagon tower 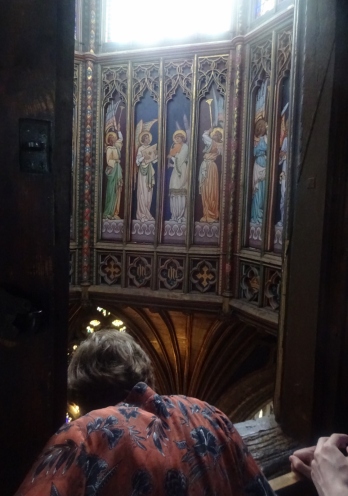 After our stint in the cathedral, I think the rest of that day was spent lazing around on the grass with food before going back to Cambridge on the train.

The second time I’ve come to Ely was in December 2017, at the end of the first term of my master’s degree, when I came with a group of others from my MPhil course, again mainly to look around the cathedral.

That time, it being nearly Christmas, some people were busy decorating a few enormous Christmas trees inside the cathedral, with the aid of a crane and huge sacks of decorations.

That day we also walked around the town a little more than I had done before, had lunch in a pub and spent a long while in a coffee shop, December being a little less conducive to sitting outside than June.

We had come on the train again, but on this occasion there were a few problems – something had happened at Cambridge station, so we had to get off one stop early, at the new Cambridge North station, which I’d never been to before, and get the bus into town. 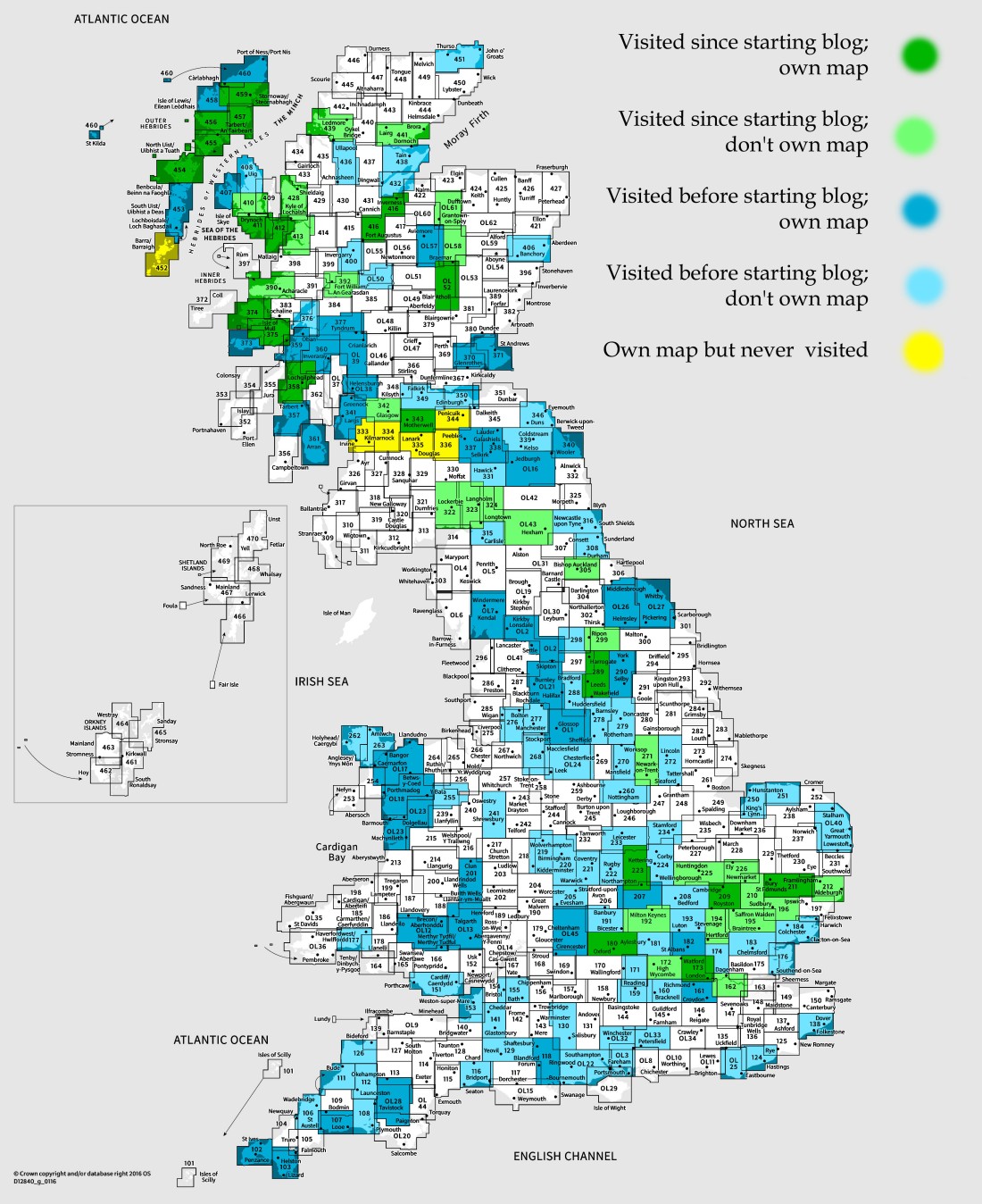 [1] The Lady Chapel at Ely contains this somewhat strange statue of Mary, which has drawn comment both of the times I’ve been there: