OS Explorer map 196, Sudbury, Hadleigh & Dedham Vale: Lavenham & Long Melford – I do not own this map, and had not visited it before starting this blog. Visited for this post 24th June 2018.

In the “two days later” section of my previous post, I told you of the start of a day trip that I did in bits of Essex, Suffolk and Cambridgeshire with my Oxford friend Little S and her boyfriend Mashers. The time has come for that tale to continue. From Castle Hedingham we made our way to Bures, a town that is partly in Essex and partly in Suffolk, due to it straddling the river Stour. It was the Essex side of Bures that interested us, however, since we were there in search of a chapel and a dragon.

Another interesting thing about Bures is that it has a railway station on the Sudbury branch line, which is all that remains of the Stour Valley Railway that once used to go all the way to Cambridge via Haverhill.

Our destination was the thirteenth-century St Stephen’s Chapel, located a little way down a farm track. We parked by the road and got out, then walked down a footpath that seemed to go in vaguely the right direction, but alas, it was not to be – it soon turned away and we returned to the road, this time meeting a pack of schoolgirls carrying huge rucksacks, presumably on a Duke of Edinburgh expedition or something. (Although I have to say, it seems a little pathetic to do that in Suffolk…) Fortunately we soon found the correct track, and walked off, avoiding the sun wherever possible, down to the chapel.

The chapel soon came into view, and was indeed very pretty. We tried the door and weren’t able to get in, but delight enough awaited us, because around the other side, there was a wonderful view to the Bures Dragon!

The Bures Dragon is an artwork created in 2012 to commemorate a local tale, first recorded by 15th-century chronicler, of a dragon who was stealing livestock in the area and resisted all attempts to kill it until, once an army was raised against it, it promptly disappeared. It’s really quite impressive, a large white line-drawing on the hillside, clearly visible across the shallow valley from the chapel.

There was a little book along with a sign asking all visitors to sign it, so we did that. There was also a large stone bearing a laminated piece of paper, telling visitors that:

This stone stands in remembrance of Edmunds King & Martyr who, tradition has it, was crowned here on Christmas Day 855

Thanks to Millicent, I can tell you that that tradition is 13th-century, and not all that likely to be true, but the date is accurate, and little local associations like that are always pleasant.

The community’s website claimed that the Chapel was open to visitors, and that the farm by the road kept the key, so we tramped back off in search of it. Despite Little S and Mashers diligently searching the farm buildings, even the toilets, I eventually found some humans in the house next door, who informed me that the chapel was already open. So off back up the track we went, and indeed it was – I’d been trying the wrong door.

The chapel is early 13th-century in construction, although substantially restored in the early 20th having been used as a barn – not that uncommon, I think – and was really very nice. It seemed to still be getting some use judging from all the chairs, and there was an imposing collection of burial effigies of a local noble family placed throughout the space. I was interested to see that their collection of visitors’ books went back to 1970. We sat there for a little while talking about things and admiring the place before making our way back to the road for the second time, getting back in the car, and driving off once more, out of this map area! (This tale will be completed in my next post.) 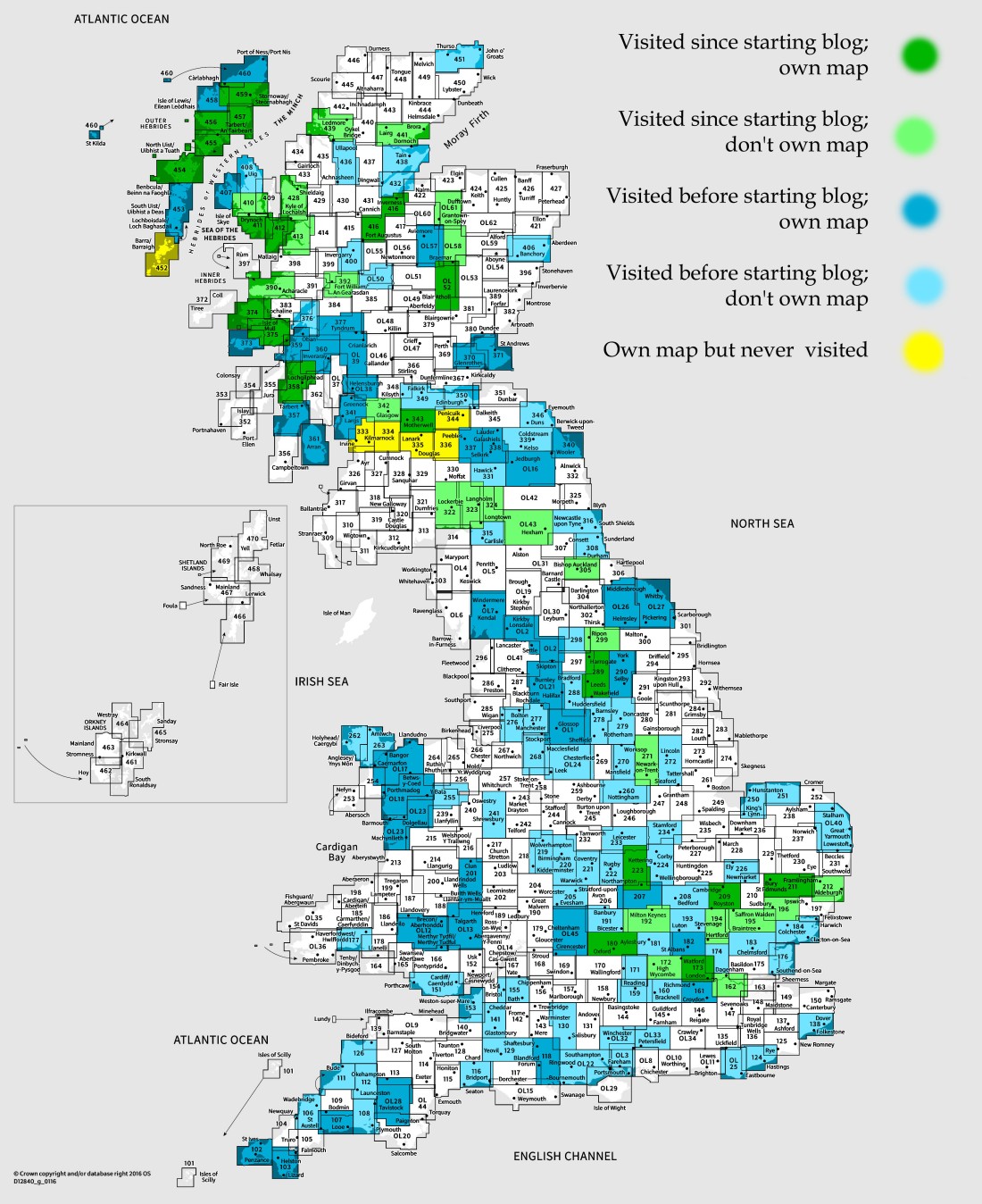