OS Explorer map 324, Liddesdale & Kershope Forest: Newcastleton & Canonbie – I do not own this map, and have never visited it before starting this blog. Visited for this post 2nd January 2018.

Apologies for it having been a while since the last post; I’ve been to about eight map areas since then that I haven’t posted about yet so am rather behind. Term has started now so I won’t be going anywhere new for a while and will endeavour to catch up reasonably quickly, but I imagine that will happen slowly over the next few weeks.

Anyway, this post continues directly on from the last one, with my parents and I in the car on the way to our B&B to stay the night before finishing our journey home from Harris. Our B&B was in Catlowdy and nothing particularly noticeable happened on the way there. Upon arrival we discovered that for some reason the Dearest Progenitors had been given a room that was actually two rooms and so could sleep four, and I a separate double bedroom. There was also a lovely fluffy cat! 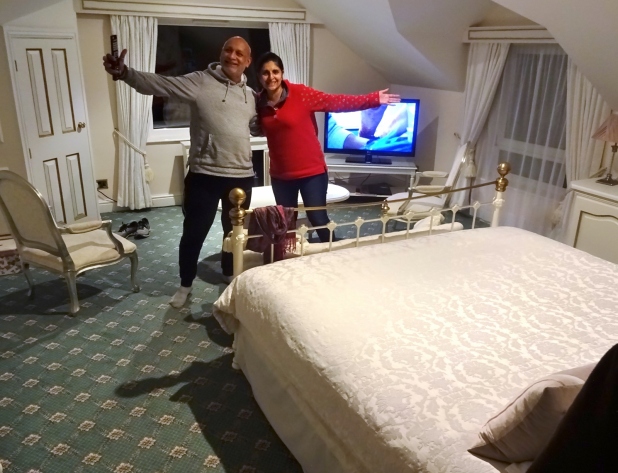 The Dearest Progenitors in their room.

I soon went off to my bedroom and wrote the previous blog post before going to sleep.

The next day, we had one thing to do other than go home – I had not chosen this B&B for nothing, [1] but rather because it’s close to the Bewcastle Cross, which I wanted to see! After breakfast, as is conventional in a B&B I suppose, we departed and made our way to Bewcastle.

The place doesn’t really seem to be a village so much as about five houses, but in any case, the church and Cross were there, with a little museum as a bonus. The Bewcastle Cross is an 8th- or 9th-century Anglo-Saxon cross (missing the cross bit at the top), and it has a runic inscription on it which is always nice. In this case it isn’t particularly readable, but there was a transcription inside, which I had a bit of a go at deciphering with my half-remembered knowledge from the one Germanic Philology class on runes I did, but gave up on about six words in.

But yes, there was a little museum shed thing with various bits of information in it, including rather a lot on their local breed of sheep I believe, and there was a mural at one end that showed various things from different periods (i.e. the Cross with its now missing head, some romans, a modern farmer etc.), which was rather pleasing. We also went inside the Church for a little bit, and although there was a table selling a staggering variety of kitchen items we weren’t able to buy a mug because they had run out. I did buy some postcards though.

There is also a castle in Bewcastle, as I suppose the name suggests, which was mentioned in the museum, and although we could see it through the trees we didn’t go to it, partly as we weren’t entirely sure how to, and instead started driving home.

This was the last map visited on this trip (11 isn’t bad if I may say so!), but one more thing of note did happen before we got home, and indeed within this map area, on the way! We saw some lovely and unusual cows on the road out of Bewcastle, which were black with a white band around the belly, and very fluffy. I took a picture and sent it to Vesper, because she knows everything about cows, who informed us that they were Belted Galloway cattle, also known apparently as the “oreo cow”. They were very pleasing.

Now, upon reaching home, I hung about for only a few hours before leaving to go to Cambridge. This is because the very next day I would be driving back up north with a car full of Cambridge people, as the ASNaC Trip was starting – each year in January the ASNaC Society does a trip to somewhere, and since this year Erithacus and I are the Presidents, it was our trip to organise; we were going to various places Argyll. Many more map areas were visited over the next few days and will be posted about in due course, but of note for now is that on the morning of Friday 5th, just two days after I had come there previously (and for the first time), I came back to the Bewcastle Cross with my carful of ASNaCs on our way up to Scotland! 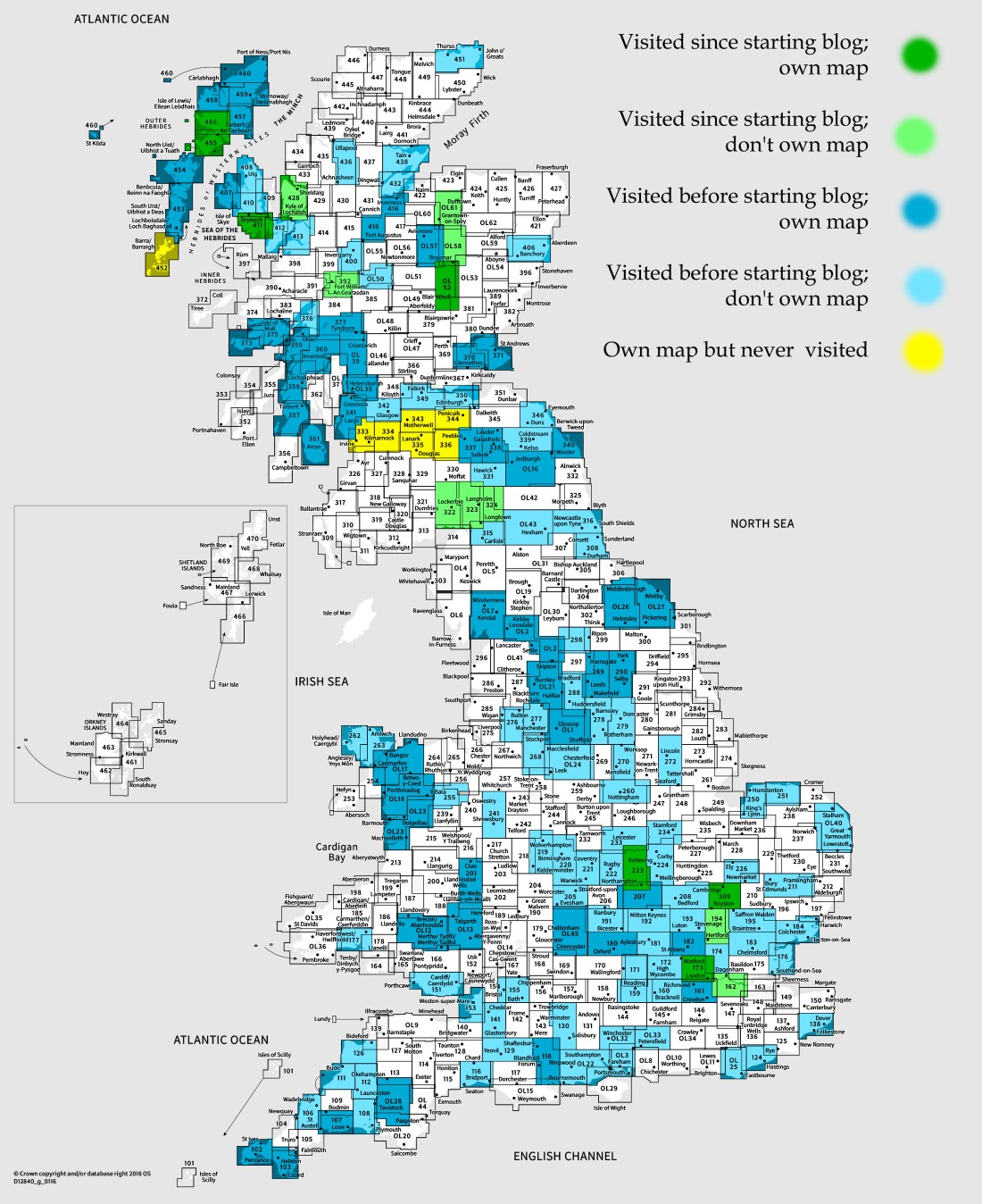 [1] I usually am the one that ends up choosing and booking places for us to go on holiday, although Mother Dearest also does so sometimes. This is partly because I like organising things, and partly because whenever Father Dearest does so, it always seems to go wrong for some reason…